Yolanda Be Cool & DCUP – SUGAR MAN (SWEAT IT OUT) 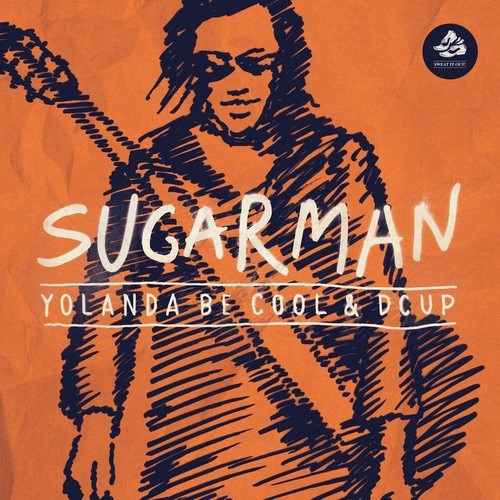 Remembering back in 2010:  Matt Handley and Andrew Stanley, aka Yolanda Be Cool, already making waves in what they called the “party tech” scene, and label mate Duncan Maclennan, aka DCUP, creating a similar stir on the Nu Disco tip, were sitting next to each other on a flight back from a gig when the seeds were sown for their collab, “We No Speak Americano.” Inspired by artists such as Riva Starr and Zombie Disco Squad, YBC had a version that sparked the interest of DCUP who offered to add his touch to the mix. After 2 sessions, they sent their demo to Sweat It Out head honcho AJAX who instantly signed it to his label. And the rest is history.

Starting in the underground, with support from house luminaries such as Switch, Jesse Rose and Round Table Knights, then heading to the top of Beatport, then to the charts, where it went to number one in 17 countries and went platinum in, amongst others, the USA, Germany, the UK and Australia, selling over 5 million copies, YBC and DCUP soon found themselves in huge demand.

Festival headline shows followed and the boys have since traversed the globe many times over permeating the world with their brand of fun and fruity, sample based quirk house. But with all the touring, the guys found it hard to find the time to get together. Until now.

As Andrew said, “We always intended to do more tunes together, but we just never seemed to be able to be in the same room for long enough. Then Duncan moved to Melbourne and for a while, I guess we just did our own thing.”

Duncan takes up the story, “As much as we wanted to do more tunes together, apart from finding the time, we also knew that finding a sample with the same magic as Americano was a must. We didn’t want to just put out tunes for the sake of it. Fast forward to now, and it just felt right to get back in the studio. We had been passing sample ideas back and forth for a while and we all just fell in love with Sugar Man. It felt right.”

So after 4 years, the boys are back together with ‘Sugar Man’, which re-envisions the classic 1970’s tune by Rodriguez.

Lets dive in the remixes of this dope package. YBC and DCUP open proceedings with their club mix. Tour of Cool main man Generik, riding high of an Aussie Club chart no 1, drops us a rolling house treat, big enough for the main room but cool enough for the side room, soon to be huge POOLCLVB give us a taste of the fruity tropics while Indian Summer cement themselves as one of Australia’s absolute best at what has been at times described as the Australian sound.

DCUP SWEAT IT OUT YOLANDA BE COOL