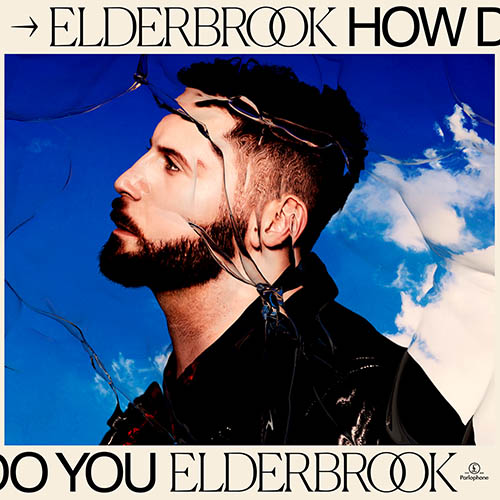 Grammy-nominated artist Elderbrook has returned for 2019 with the new single ‘How Do You’, out 14th June via Parlophone.

Marking his first release of the year, ‘How Do You’ was created during Elderbrook’s spent time in LA with collaborator Diplo, who also adds producer credits to the track, and makes use of an upbeat horn riff, infectious vocals and emotionally-charged lyrics.

The new single follows on from November’s Old Friend EP, a four-track release locking in Elderbrook’s trademark blend of innovative dance music with catchy leftfield pop. As well as confirming more new music to come, the London-based artist will take his high-energy, one-man live show on the road during the second half of 2019, with gigs in both North America and Europe lined up.

Things kick off in London on 12th Oct, before further European appearances in Amsterdam, Berlin, Prague, Vienna and Zurich. He then heads stateside for shows in Toronto, New York, San Francisco and LA. It comes after tours alongside Rüfüs Du Sol, Jungle and Bonobo in 2018, as well as a spot on Coachella’s DoLab stage, while more recently selling out his biggest London show to date at the iconic Heaven nightclub.

Making it onto MTV UK’s ‘Brand New for 2018’ list and then TMRW Magazine’s ‘Ones to Watch’ list this following year, Elderbrook is gradually cementing his position as a mainstay on the global electronic scene.